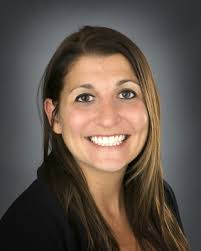 Alexandra Crosson is a Licensed Clinical Social Worker, Certified Advanced Alcohol and Drug Counselor, Registered Yoga Therapist. Alexandra graduated Central Michigan University with a Bachelor of Science in Public Health Education and Promotion. Then served a year with National AIDS Fund as an AmeriCorps member working with vulnerable populations to bring access to HIV/AIDS testing, prevention education and health care. Alexandra then traveled abroad to Kayafungo, Kenya where she facilitated a sustainable health and wellness project with local woman. The project established a social business which directly improved health, nutrition, sanitation, and decreased rates of waterborne illness, childhood disease, and improved school attendance for females in the community. When Alexandra returned to the United States, she attended the University of Michigan’s Master of Social Work program. Throughout her journey and years of a personal practice, she also became a registered yoga teacher to further unite her formal education, professional experience and expand her skills. Alexandra believes and has witnessed the resiliency of the human mind, body and spirit. It is through these experiences that she approaches therapeutic intervention, and encourages sustainable solutions to manage behavior, mood and life.

My name is Alexandra Crosson, and I want to take a few moments to tell you about myself and how my path led me to working with individuals and families struggling with addiction, (eating disorders, substance abuse, self harm, codependency), trauma and chronic pain. I’d also like to share why I can help you on your path.

I am a clinical social worker. I am a yoga therapist. I am an advocate.

For years, I’ve had the privilege to take a front row seat, on the journey I call,  healing the body.

As a person living with invisible illnesses, I have learned that the body is immeasurably resilient, strong and capable of intangible feats. Celiac disease, is an autoimmune disorder in which the body has an allergic reaction to gluten, a protein found within wheat, barely and rye. During my childhood, I ate my way life through life like any “average” kid. Enjoying play time with friends, Sunday dinners with my loud, energetic Greek family, attending church, and devouring books, school assignments and learning. From the outside, I was a bubbly, cheerful social butterfly with all the characteristics of a well adjusted child. On the inside, my body was raging war.

My growing, developing adolescent body was at war with itself. Endless waves of nausea, diarrhea, constipation, emesis (vomiting), anemia, stunted growth and weight gain, headaches, tingling hands and feet, migraines, dark circles under my eyes, gaunt face, bloating, lethargy, exhaustion to the point of numerous naps and falling asleep in class, endless allergy testing and shots, ovarian cysts, acne, skin rashes…. Happened daily, weekly, monthly. Much of which I thought was, “normal.” I used to be lovingly teased that I should be in a bubble- and I agreed. My internal environment was toxic. Years of doctors appointments, specialists and a (literal) caboodle full of medication was the arsenal I had to retaliate against this war. And it wasn’t enough.

Just when I was going to give up hope. When my family and I decided enough suffering was enough, a cousin of mine, in his studies to become a chiropractor, asked inquisitively, “have you ever been tested for a gluten allergy?” I smirked at him, after internally rolling my eyes, and said, “gluten? No, what is that?” He then began to tell me about a lecture he had been at that discussed an increasing number of gluten allergies. I scoffed and brushed him off, thinking, “sure, this barely chiropractic student heard about this in some random lecture, and what he thinks he knows more than specialists? ACTUAL doctors? Right.”

Well here’s the kicker- He was right.

The labs were drawn on schedule for me to be referred to a Mayo Clinic, and for sheer thrills, I asked my nurse to add the blood work for a gluten allergy. Couldn’t hurt right?

A few days later, I sat in my DO’s office being told I showed “off the charts” for a gluten allergy. What does that mean? My small intestine’s villa had become flattened, which meant I was not absorbing nutrients, vitamins, ect., which accounted for about half the list of my symptoms. This also meant that gluten particles were leaking out of my GI tract into surrounding body areas- which my body then mounted an attack against- as a way to try to fend off this foreign invader. My body’s military was trying its best, but the enemy had become too powerful, and overtaken too much of the real estate.

That was until, I gained reinforcements. I gained knowledge.

Knowledge is a source of power. I grew up in blissful ignorance, thinking ideas like- I get sick more than my friends, but it’s no big deal. Getting sick after sweets just means I’ve just had too much. Everyone’s bloated after pasta. Maybe I’m just a lemon. However, these thoughts morphed into darker places as I aged, becoming: maybe this is a big deal, am I ever going to be ok? I take such good care of myself, this isn’t fair. Anxiety and fear grasped a hold of me, and became part of the war inside my body and mind. So, this knowledge of a known disease, with a way to manage symptoms, was power.

Naming my war was my first step to acceptance of my body. Celiac disease.

As I learned a new lifestyle, this label mulled around in my mind. It became a badge of courage, and sometimes a source of frustration. The first year brought challenges with ordering out, asking at family or friend functions the ingredients in foods, which made me feel awkward and embarrassed, not wanting to be a burden. Then that embarrassment turned into determination, advocacy and assertiveness. I began to use my voice in a new way. To speak out about my needs and sought ways to get these needs met.  It is not a burden to be specific when ordering. It is not embarrassing to say, I have a gluten allergy, I can not have gluten. It is not awkward to seek information. It is what keeps me safe.

My journey then veered to a path less travelled. I went through weight restoration. I was a thin, short child and teen. When I began to eat gluten free- I lost 20 pounds off my already malnourished, anemic frame. My body was trying to figure out what was going on, and reset itself to equilibrium. In this process, I received a lot of positive attention for my recent weight loss. But I also received numerous comments of concern. The words of concern replay louder in my mind, as I recall this time.

*This is the time, that I feel compelled to say, my support system being ingrained in my life is why I truly believe my path did not branch out into a clinically diagnosed eating disorder. There were many factors creating “a perfect storm” that easily could have resulted in different results. My self esteem was frayed, some of my close friends were struggling with their relationship with food and made the behaviors they engaged in enticing, but my values, family and desire for change: desire to be whole, healthy and alive was secure.

So I ate. I explored new recipes. Some successful, some complete disasters. My talented Greek mother began to cook different. Began to make me “gf” (gluten free) foods at family events. It became the norm. Others ate the gf dishes, and were pleasantly surprised (for the most part). I gained weight. I grew a little taller! My dark circles under my eyes went away. My cheekbones became round and matched the happiness in my life. My hips became womanly. My bloated, distended belly, went down. I became energized! No more naps, and I became a morning person.

Then one day, I called my mom. I told her, “I feel really strange. I can’t put my finger on it, but I think something’s wrong.” She went through a laundry list of symptoms and questions, to each I denied. She laughed and said “I think you’re describing feeling NORMAL!” So there it was, a new feeling of being healthy. A foreign concept, new knowledge, which felt like a grateful blessing.

From this newly discovered place of health- I found yoga. I found myself embracing my body. I took my body to travel the world. I saw how others lived on less and still were satisfied, content and kind. I had faith in my bodies ability to seek adventure and explore the unknown. I confronted fears, sadness and heartache. I learned how to nourish my mind, body and soul through exploration. And through this exploration, I found myself.

In labeling my disease, in using my voice, and by having lessons in patience with the process of body restoration, I learned the resiliency of the human body.

The human body, is essentially an organism. Complex, but thus an organism. Websters dictionary defines an organism as, ” a complex structure of interdependent and subordinate elements whose relations and properties are largely determined by their function in the whole.” Organism describes our wholeness, which comes from our complex interrelation. Body, mind, primative instincts, emotions, intellect, and spirituality- together. When one piece of the whole is threatened, it impacts the other pieces. A fuller appreciation and understanding of how your organism, (the human body), works, the more likely it is to increase your vitality and well being, which may translate into your overall enjoyment of life.

My healing body journey is a testimony. It is uniquely my own. It is not shared for pity, praise or publicity. It is told for the sole purpose of hope. For during these 11 years, I saw how hope is what nourishes each organism on this planet.

My story drives my motivation to work with individuals struggling to find peace with their organism. Because I have been in the front driver seat, and witnessed the miracle of healing, I believe in my entire being, that it is possible for everyBODY.

Along the way I also learned that traditional medicine, holistic medicine, spiritual practice, mindful movement of the body and an open mind and heart, are the ingredients that let this journey unfold. The journey can’t be forced. It can’t be rushed. It has to happen organically.

Please be your own vehicle of HOPE. And know there is someone else out there whose hope is always on lend if yours feels out of reach. I am ready to help you reestablish your relationship with your mind and body using evidence based practices and techniques to promote your healing journey.

With love, light and hope,